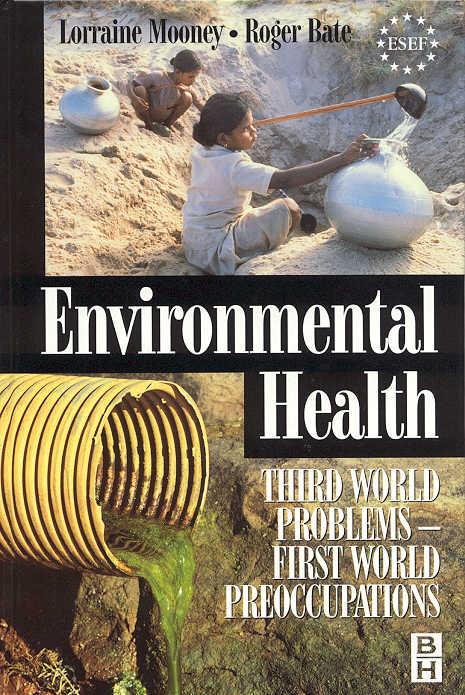 Leading authorities have contributed to this exposure of how the irrational obsessions of the new orthodoxy in the west have a devastating impact on the less developed countries, resulting in millions of deaths. Typical is the result of the environmentalist campaign against DDT, the safest and most reliable way of controlling the vector for malaria, the anopheles mosquito. Instead of continuing its former decline, this disease is now on the rise throughout the world. For example, in South Africa DDT had reduced the annual death rate to 16 in 1974, when it was banned. By 1996 there were 163 deaths. As with most of these scandals, the sinister presence is the US Environmental Protection Agency. This political organisation is the most notorious abuser of science and measurement in the world. It feeds its gross distortions to extremist "greens", who use it to impose death-dealing legislation on the rest of the world.

Another of the EPA’s triumphs was its fallacious charge that chlorination of water causes cancer. As a result Peru abandoned chlorination and 800,000 of its population became ill, 6000 of whom died.

One of the most astute commentators on the insanities of the modern world is Frank Furedi, that rarity a sociologist with common sense. Here he contributes a telling article about the sociology of health panics. He probes the enduring paradox that the healthier we get the more anxious we are. In fact a major cause of illness is the anxiety itself. The book covers all the popular ecological myths – food scares, dietary nitrates, chlorine, organochlorines, endocrine disrupters etc.

James Le Fanu adds a well-researched study into the saga of falling sperm counts. As in so many such cases, it can all be traced to one of those so-called meta-studies, fatally flawed as they so often are. Why does this sort of rubbish endure? Well, for a start it sells newspapers. Typical headlines quoted by Le Fanu are Scientists fear everyday products may spell doom for mankind and Gender bending chemicals may cause cancer. It also brings fame to the "scientists" who produce this junk, to say nothing of the power it gives to bureaucrats like the EPA.

As with rise and fall this is a book that ought to be of major impact, but the orthodoxy goes blithely on its way disregarding such inconvenient exposures of the truth.