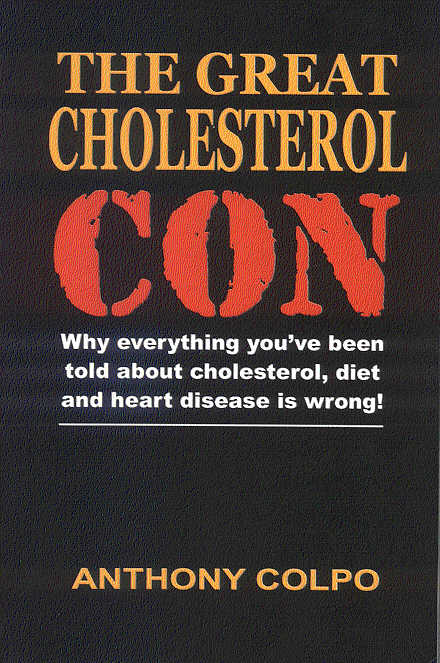 One of the more dismal clichés beloved of British football writers is “It was a game of two halves.” It applies accurately to this book.

The first half is a brilliant, devastating demolition of the whole cholesterol myth. Even to a crusty old sceptic, the sheer weight of evidence against such a well entrenched tenet of the establishment is quite astonishing. A notable feature of this tome is the unusually large number of references. There are so many of them that it seems unbelievable that even the combined power of the industrial, political, bureaucratic and medical establishments could get away with ignoring them. Yet, huge numbers of people are having their health destroyed by being prescribed dangerous drugs for no good reason at all. In , medical practices actually get a bonus for doing it. Even some of the anecdotal evidence quoted here is moving and frightening.

Everyone should read the first half, but the second has a dying fall. It rapidly degenerates into just another dreary diet book. A regimen of over thirty dietary supplements, from vitamin A to selenium, is recommended, plus exercise and stress avoidance and, it goes without saying, avoiding passive smoking. The message is “Don’t buy their snake oil, buy mine.” Most of the evidence is tawdry and ill-controlled. It even includes the Harvard Nurses Health Study.

It all goes to illustrate Popper’s principle of falsification: you can disprove a theory, but you cannot prove one.

There is one serious, even disastrous, omission. There is no index! This ought to have been one of those books you keep on your bookshelf to check on various claims that you read, but the chances of finding the bit you want are minimal. What a shame! Cut the book down to half length, add an index and you have one of the most important books of the decade. Nevertheless, it is still one that ought to be read and recommended.