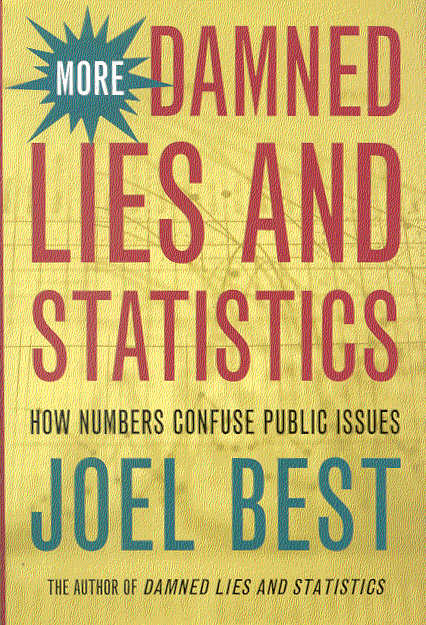 Self-evidently a sequel to Best’s previous book, it continues a formula that was successful in providing an accessible account of some more of the numerical misdemeanours of modern society. Coming from a sociologist, this is again a remarkably readable and even grammatical work (he knows, for example that data is a plural word). The formula of avoiding anything but the most superficial calculation has the advantage of appealing to a wide audience, but occasionally it creates problems of circumlocution and fuzziness. On the other hand, in the Best tradition, there are many concise bons mots that neatly encapsulate a truth; such as crime waves are not so much patterns of criminal behaviour as they are patterns in media coverage.

There is apt coverage of the modern urge to attach numbers where they cannot possibly apply, such as the quality of teaching. On the whole sociological jargon is avoided, with occasional lapses, though the avoidance of naming some important concepts tends to lead to their being lost in the verbiage. The post hoc fallacy, for example, gets buried in an anecdote about breast implants, and it is too important for that. Sometimes the simplification is positively misleading. We have, for example, “cherry-picking (sometimes called data-dredging)”. These concepts are not equivalent, though they often exist together.

These are, however, rather pedantic quibbles, and the book is very successful in achieving its aim of warning ordinary intelligent people of the dangers of believing the numbers that they read. It is one of the tragedies of modern Anglo-Saxon society that the majority of such readers are almost uniformly innumerate. The approach here is to classify various numbers in the chapter headings (missing numbers, confusing numbers, scary numbers, authoritative numbers, magical numbers and contentious numbers).  There is a final optimistic chapter called Towards statistical numeracy, which highlights some of the resources to be found in the Number Watch links.

This will deservedly be a another best seller, which should do a bit of good.