Facing up to the fear pedlars 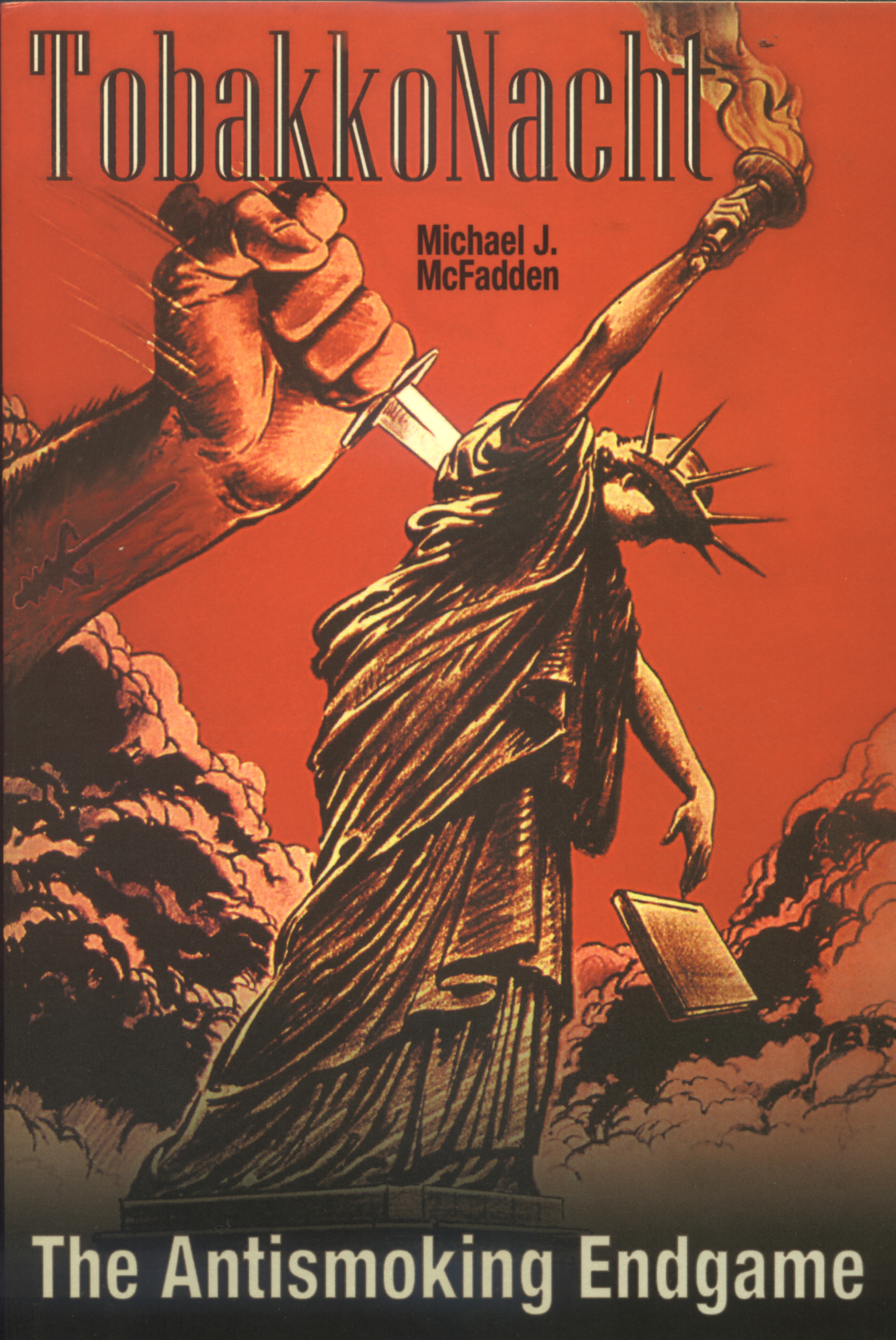 There is only one scientifically attested observation about tobacco, that there is a marked correlation between inhaling its concentrated smoke directly into the lungs and the development of cancerous growths in those delicate organs. Everything else you read about it is nonsense or, as we call it now, epidemiology. The great man who conceived the prospective study that led to that observation maintained his integrity to the bitter end and refused to lend his imprimatur to the waves of dodgy statistics that followed. In consequence, he was written out of history and replaced by his more compliant sidekick. For tobacco had become the target for a ruthless attack from the new left movement for world socialist government (the watermelons), as a pilot project for eventually taking control over the population by the propagation of irrational fears. Michael J McFadden had previously published a book on the methods used by this movement and has now added a larger volume.

This is a somewhat eccentric book, highly unusual in its construction. It begins with a series of fictional episodes and is later punctuated by flights of fancy (delineated by being in italics). Whether this is a successful tactic in persuading the reasonable readership to access his message remains to be seen, as does linking the title to the Nazi Krystallnacht, one of the most violent pogroms in history.  I have doubts. The subtitle “The anti-smoking endgame” tells you much more about it: for this is the boastful claim being made by the proponents for the stage they have reached in their campaign. They have lied, lied and lied again to achieve their ends and have had the audacity to call their lies “science”. Along with their friends in the global warming campaign they have effectively brought the age of science to an end. They have achieved virtual control over the media and extra-governmental authorities (such as CDC and EPA) who have made blatantly fraudulent statistics deemed acceptable to the political class.

This is where the book carries a powerful message. There are full accounts of various pieces of “research” and propaganda with detailed analysis of the logical errors, most of them deliberate. The lengthy examples quoted of venomous hatred spewed out by semi-literate activists against enjoyers of tobacco are truly shocking.

Freedom is a bit like virginity: once you have surrendered it, the next time is easier and the next and the next. So the authoritarians whittle away your ability to choose until you realise too late that it is all gone. The political classes wholly welcome these activities, as they provide diversions from the mess they are making in important areas, such as the economy, energy and food on the table. They are only too pleased to pass draconian, choice-destroying acts, which serve them just as misdirection serves the stage magician.  The greatest social damage the antismoking campaigners have done, therefore, is to pave the way for an army of zealots who now imitate them to achieve the elimination of whatever is the object to their own particular hatred.

THEY want to take control of your life and withdraw your capacity for choice. McFadden cogently quotes Chrichton (Social control is best managed through fear) under one of his chapter headings.

The range of foodstuffs and recreations that have come under attack in recent years are now legion. For example, the new boys on the scaremongering block are the “Sugar is poison” brigade, who wilfully ignore the first law of toxicology; every thing is poisonous and nothing is poisonous, it all depends on the dose. They fully utilise the techniques developed by the antismoking campaigners to enforce their creed. Sugars represent the second stage of food production for all life on earth, after carbon dioxide and water, from which they are made by photosynthesis. Apart from minor additives, which incidentally are also subject to scare attacks, everything you eat was created from sugars. Some of the most beautiful creatures that add a little pleasure to our drab existence, such as adult butterflies, are solely reliant on them for sustenance, but the predatory hierarchy, from the single cell animalcules to us humans, relies on a ladder of increasing synthetic complexity to manufacture elaborate structures, right up to the human brain; all from sugars and added minerals.

Humankind is heading for the life of the ants’ nest: constant labour without pleasure or choice and brains dulled by want of independent exercise. McFadden’s books are a cry of agony and a call to arms. Tobacco is just one small aspect of the doleful trend, but the war against it is the foundation and exemplar of all the subsequent wars against freedom of choice. When states grant free licence to bully a minority, that cause attracts a class of people who enjoy bullying for its own sake, especially when all other forms of bullying are denominated as “hate-crimes”. McFadden’s efforts to combat the bullying have been impressive in their range and intensity, but they have been largely ignored by the arrogant and increasingly authoritarian establishment. Today smoking bans, tomorrow world socialist government. I only wish I could be more optimistic.