How environmentalists are killing the planet, destroying the economy and stealing your children’s future. 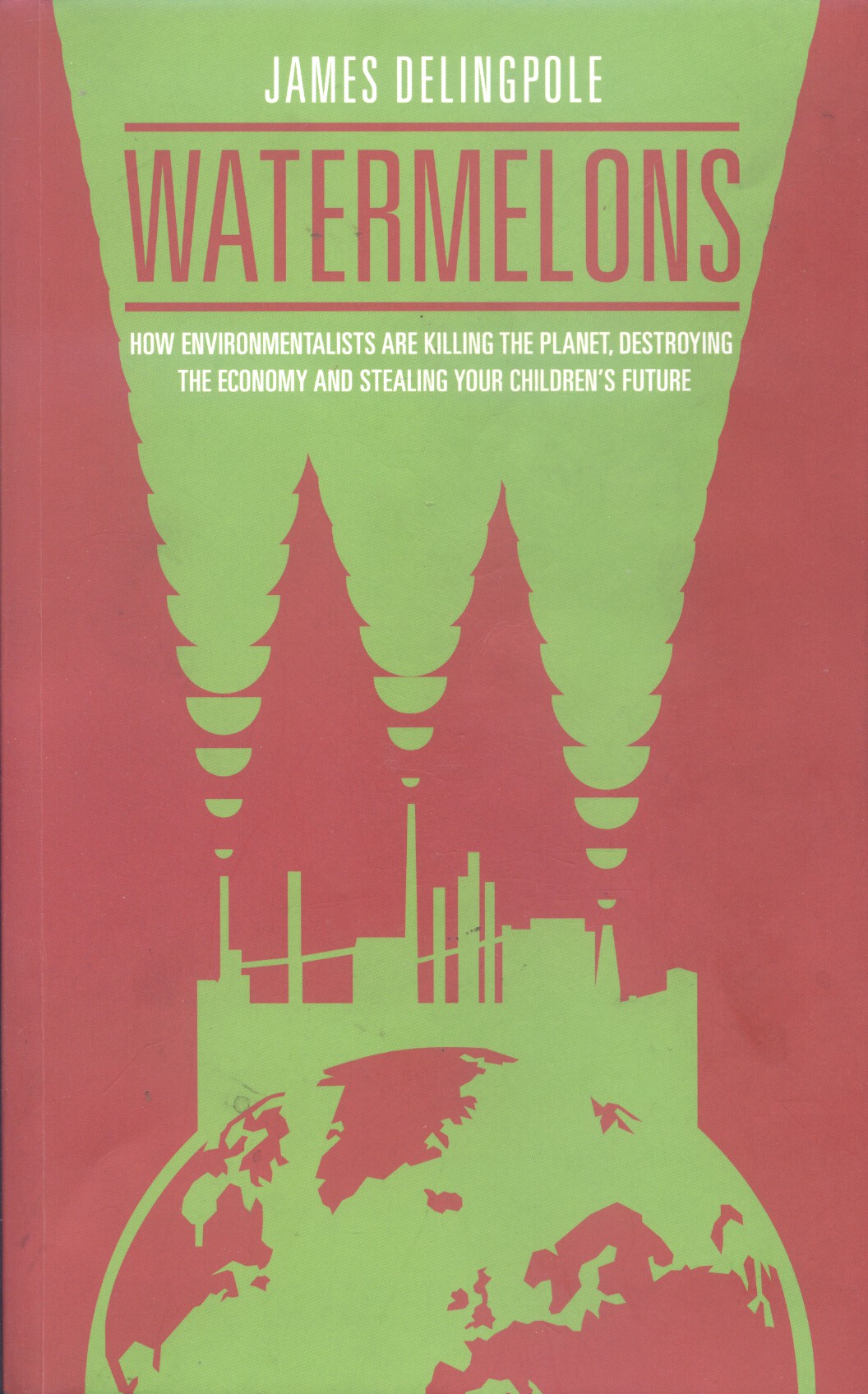 They are green on the outside, but under the skin the deepest of reds. Their methods are neo-Marxist, especially in the adoption of a form of Trotskyite entryism. The green veneer derives from their first successful coup in achieving control of the environmentalist group Greenpeace, resulting in the departure of original members such as Patrick Moore, the co-founder. Their subsequent success in infiltrating and taking control of leading institutions of politics, science and the media has been nothing less than extraordinary. The organisation is diffuse, largely invisible and contains members who are highly various, ranging from violent revolutionaries to failed politicians who have turned their attention to personal wealth creation. In an age of specious conspiracy theories they have created the greatest and most lucrative conspiracy in the history of human civilisation.

They are savage in their treatment of opponents and critics: for example, in an inexcusable exploitation of the Holocaust, labelling them as "deniers". A highly successful academic, who happened to be a global warming sceptic, was fired by his university (motto: "Open minds. Open doors") without explanation; and should you think this was a unique occurrence it happened to another. That such things could happen in any university, let alone ones in the land of the free, would until recently have been unthinkable, but universities have now become so dependent on huge dollops of hapless taxpayers’ money, doled out to promote watermelon-sponsored causes, that they dare not put them at risk.

This then is the murky alligator-infested pool into which James Delingpole has dared boldly to plunge. He wryly and self-deprecatingly recounts his experiences of dedication to the cause of reason. He has discovered that overt scepticism brings you nothing but relative poverty and gross insult. One of the myths that the movement has successfully propagated is that sceptics are fuelled by massive funding from such sources as the energy industries. Not only do such sources not materialise, but such industries are often in on the rackets themselves. As for the insults, they come from a numerous body of hangers-on (Lenin’s useful idiots). Many (anonymous of course) are full of debased Anglo-Saxon epithets, while in other slightly more polite ones you get to be called "moron" by people who are manifestly unable to string together two coherent sentences. From the posh end you get ex cathedra pronouncements from the Court of Prince Charles, heir to the British throne. He makes it up as he goes along, without evidence: for example "Sceptics have no love for nature and her works". If he bothered to speak to some of them, he would find that the reverse is true, though they would tend to avoid the rather effete personal adjective.

The first chapter of this book is called Imagine, and is an ironic survey of what life might have been like if the watermelons had not existed. Then comes an account of Climategate, a momentous and outrageous event that in a rational world would have put an abrupt end to the whole caboodle. The suffix "-gate" has been much over used, but it is justified in the case of Climategate, as the political cover-up was as egregious as the original transgressions. The difference is that this time the whitewashers completely got away with it, an awesome demonstration of the power and influence of the watermelons in politics and the media.

The third chapter is about "The Science" which only the cognoscenti will recognise as something quite different from "Science" tout court. Further chapters entertainingly and comprehensively fill in the detail of the origins and activities of the watermelon movement. Chapter 8 is Welcome to the new order, an account of the way we are really governed today. It starts with the sinister Club of Rome and proceeds via a soporific catalogue of interlocked organisations to the UN IPCC. As the author warns us, boredom is a powerful political tool. It was notably used by extremist entryists to take control of the trades unions, who waffled on until the ordinary members had left and then put their killer motions to the rump of the meeting. The burden on taxpayers of keeping all these gas chambers afloat is colossal, but it is dwarfed by the costs of the policies they impose. The last chapter is a postscript, The big lie, the title being a reference to the well known Hitler quote.

Perhaps the most tragic event in all of this for lovers of science was when the Royal Society, having been taken over by a watermelon faction, changed its sceptical motto of centuries, to one that managed to be both banal and sinister. Recent Presidents of the Royal Society have been watermelons first and scientists second (Robert May for example).

Of the many corporate villains of this piece one of the most egregious is the BBC. The watermelons who have seized control of it have effectively torn up its charter, turning it into a shop window for their pet causes, especially global warming. It is not just the occasional extravagant spectacular, but also the constant daily drumbeat of reminders. If climate change really is real, why do they have to keep telling us so? After all, they don’t keep telling us the sky is blue. Could it be that they do not really believe it, but need us to believe it, so that we will meekly accept their policies that lead to world socialist government? With one exceptional circumstance sceptics never appear on any BBC channel. The exception is when they are being set up for a hatchet job.

Delingpole himself was the victim of a BBC stitch-up. Though it did not seem so to him at the time, this was a great compliment. It meant that they considered him to be a serious danger to the maintenance of the elaborate scenario so painstakingly created by the watermelon community. To an ordinary rational human being, what the BBC gets up to on these campaigns seems beyond reason, which ironically lends that organisation a spurious credibility. Who would expect any person or institution to devote enormous resources to obtaining many hours of video just so their editors can extract a few moments that cast their victim in an extremely unfavourable light? This, however, is just what they do, after a subtle seduction to induce cooperation by the dupe. In the case of Lord Monckton they made elaborate promises, such as editorial approval, which they casually broke, and then sent an "independent" crew to follow him round the world gathering material that could be given a condemnatory bias by cunning editing.

It is difficult for ordinary people to understand how the BBC now operates. It has virtually infinite resources (torn from UK households in the form of a sort of compulsory poll tax, currently £145 per annum). It grossly overpays its "stars", many of whom exhibit blatantly limited talent, and also its overweening management. It still rests on the reputation it had in pre-watermelon times for sober and unbiased reporting of world events. Its prejudices wreck otherwise excellent programmes. While your reviewer was reading this book, BBC Radio 4 presented a fascinating piece on the great extinctions. It was genuinely edifying for about twenty five minutes, with contributions from obvious experts, but then came the "message from our sponsors", a total non sequitur. A "climate scientist" was wheeled on. Guess what! You can forget all that stuff about volcanoes belching noxious sulphurous gases; it was all down to the dreaded carbon dioxide.

Finally, to intrude a personal view, your reviewer’s preoccupation with this subject began with his ancient and yellowing PhD thesis. Among other things this contains elements of quantum physics, measurement statistics and computer modelling; all of which turn out to be the sources of gross dubiety in the global warming belief system. The author of Watermelons started out as an undergraduate student of English at Oxford and went into journalism. It is personally fascinating that two people from opposite ends of the educational spectrum should arrive at virtually identical opinions.

Please read this book and then tell people about it, because the establishment media will most likely pretend that it does not exist.